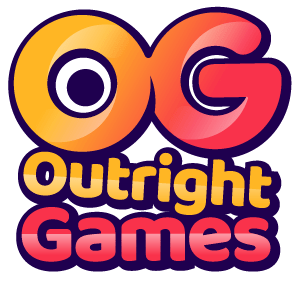 Between the months of June and November 2020 Outright Games embarked on the worldwide launches of three new gaming titles - Ben 10: Power Trip, Transformers: Battlegrounds and Paw Patrol: Mighty Pups Save Adventure Bay – which are available across Nintendo Switch™, PlayStation®, Xbox and Steam. To increase exposure to the new titles and enhance the success of the launches Outright Games employed award-winning influencer media agency The Viral Group.

They have been operating in the influencer space for over 8 years and are specialists in executing worldwide influencer-led campaigns. Outright Games expressed to the Viral team that they were keen to collaborate with a YouTuber who could reach a worldwide audience and more specifically target the games’ key demographics (boys aged 4+). The brief provided by the client stipulated that the creator was required to produce video content that highlighted the “fun” and “play” aspect of the games to reinforce the message that the games are the ultimate entertainment for children.

The Viral team have connections to an extensive network of creators and quickly identified Kid YouTube sensation CKN Toys (Calvin) as the ideal candidate for this campaign. The Viral Group already have a well-established relationship with the talent and could ensure that they were able to fulfil every aspect of the brief. Initially CKN Toys were employed to produce one dedicated video for their main channel (16.4 million subscribers) which showed Calvin playing a few minutes of each game. Complete creative freedom was given to CKN Toys by the client which, as an influencer agency, is something the Viral Group always try to promote in order to generate the highest impact possible.

Generic ad-related statements were avoided to ensure Calvin was shown interacting with the game organically and using his own words in order to connect and engage his audience. Also, a website link was included in the description box of the video to encourage and direct viewers to the point of purchase.

CKN Toys’ audience responded positively to the sponsored content and as a result they agreed to produce a further 3 organic videos to be published on their gaming channel – CKN Gaming (458,000 subscribers). This content included Calvin’s younger brother Kaison to reinforce the games’ target market. The complimentary videos generated a highly significant amount of added value to the client and the campaign.

Overall the campaign was a huge success; the authentic style of the content contributed to high levels of engagement from the target audience and this translated into the number of video views. In just ten days 850,000 views were achieved across the four videos. To date, the campaign has generated over 1.38 million video views and counting.